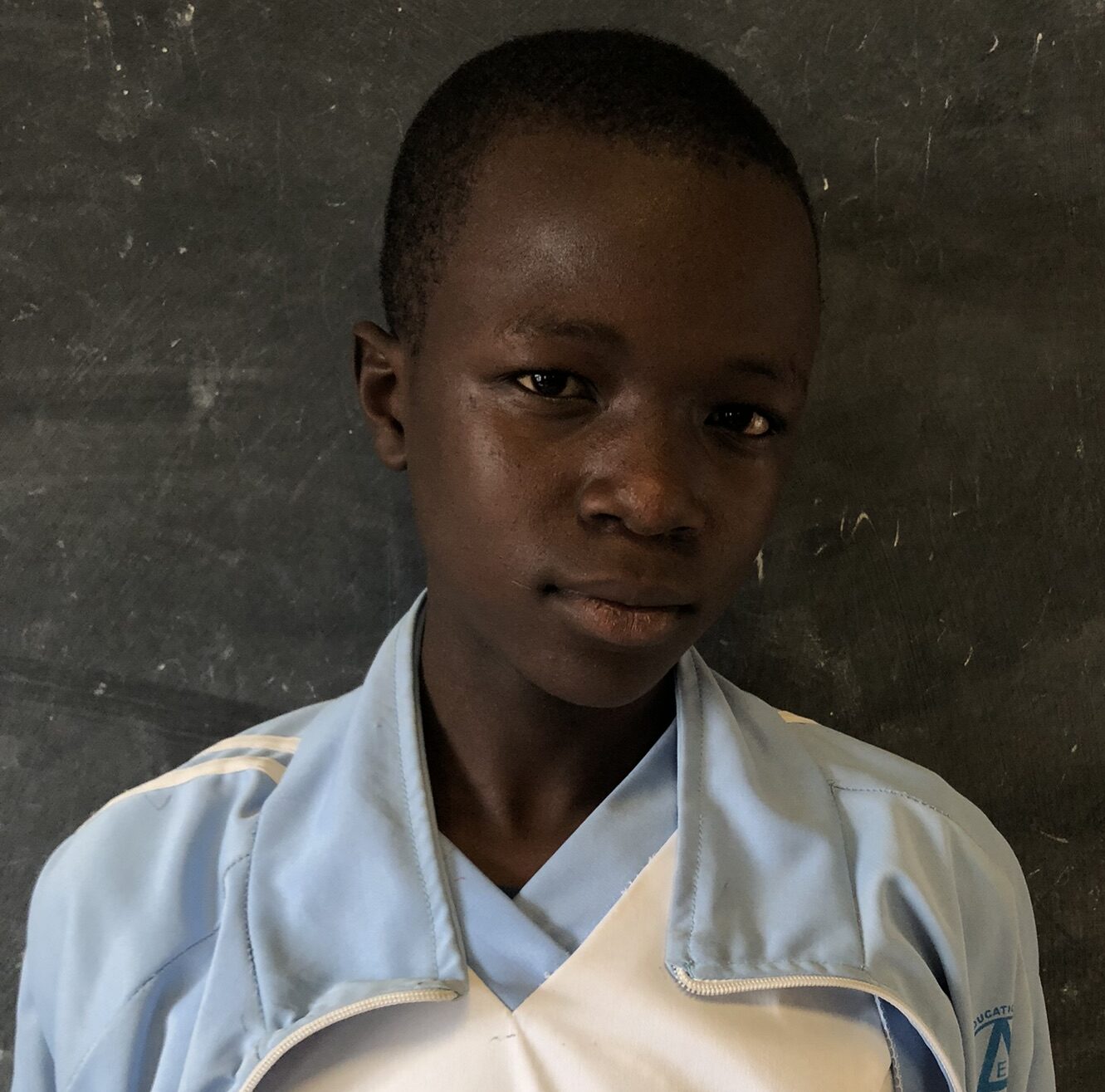 Xavier’s parents died several years ago and with his 3 siblings (brother, Elphas, and sisters, Joy and Rachel), Xavier was taken in by their current guardian (likely a relative or family friend). Their guardian had no work and so they didn’t have money for proper clothing. When Xavier would go to the public school, the other students would laugh at his torn clothes and lack of shoes.

His guardian heard about Achungo and, as Xavier (17) says, “they support orphan pupils instead of being laughed at in primary school every day. Here in Achungo, we support orphan children, so you learn free without paying anything.“  When Director Nyangi found out about the situation with his siblings, he told the guardian to bring them also.

Xavier thought he could enter 8th grade but the public schools are so far behind Achungo academically, that he failed the entrance exam and his guardian and the Director suggested he start in 6th grade so that he can be successful.

Xavier told us, “Indeed, I thank the Almighty God for opening for us the way. Truth to be said, I am in a school that seems like a king’s palace.  The school is very different from the public school.  In the public school there was no breakfast, but in Achungo there is breakfast [and lunch, and even dinner for those staying].  And our chairs are just like a king’s chair.”

During free time he likes storytelling and laughing with his friends, playing football and during breaks, helping his guardian with chores. He is working hard in his language and science classes because he wants to become a surgeon, because “they earn a lot of money because they save the lives of many people.“

“I thank the Lord for the School Director’s support of me in my education.”