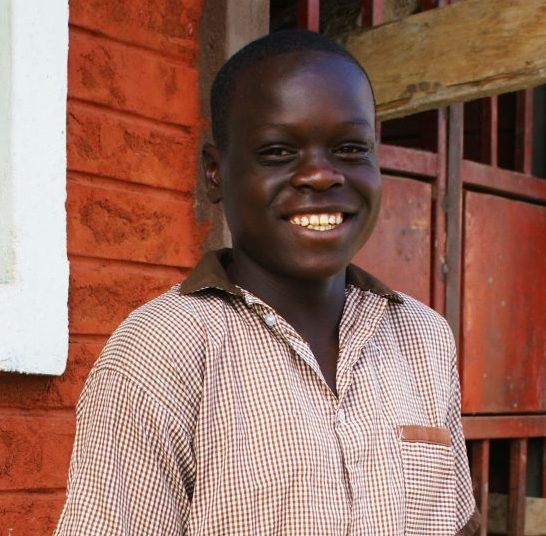 Steve’s parents died before he turned eight. He moved in with his grandmother and his diabetic grandfather, but they couldn’t afford to buy the food, school uniform and supplies he needed to attend public school. When Achungo’s headmaster met Steve in 2012, the boy had not attended school for seven years and owned no shoes. Three months after moving the 20 km to Achungo, Steve was at the top of his class.

Social studies and science are his favorite subjects. He wants to be a heart surgeon even though it may take 10 years after secondary school to meet his goal.    When he was 12, “I had a dream,” he says. “I was doing an operation, wearing a white overall. I was examining a mother with a heart problem.” He then proceeds to draw freehand a human heart, correctly labeling each part.

Steve shares the role of weekend pastor with his teacher, Mr. Selim. Together they conduct Achungo’s Sunday worship services for the 19 boys and 19 girls who live in different dorms. Steve says he’s also translating the Bible from English to Swahili.