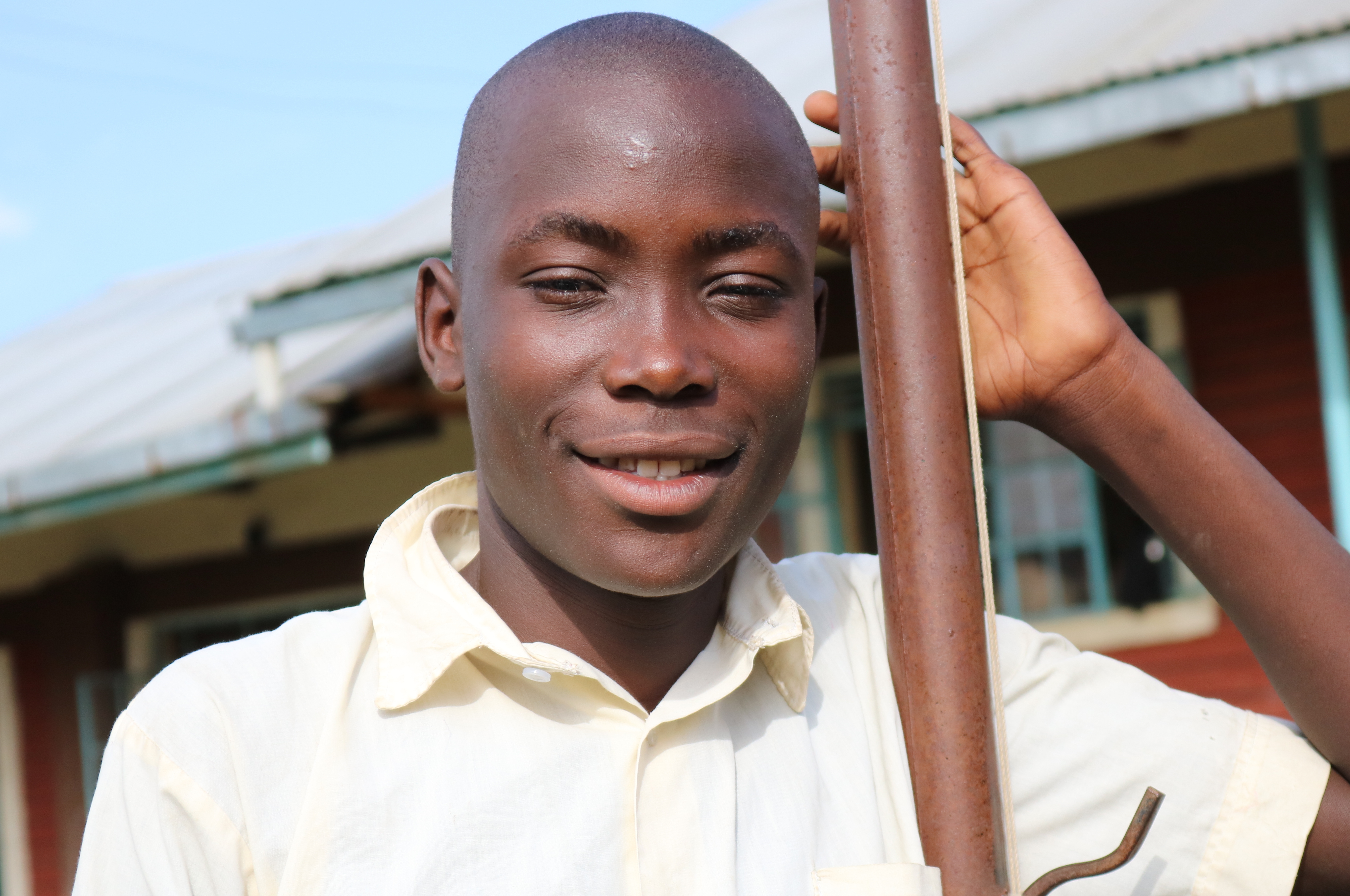 Samuel’s aunt brought him to Achungo eight years ago, enrolling him in preschool.  He lives about 3 km away with his mother, who is not working, and his younger brother, Koffi Annan.  His father died of AIDS when he was 6 years old.     When he is home, he fetches water for his mother from a source about 1.5 hours away.
He worries about his brother who he says has HIV after accidentally cutting himself with a razor blade while sharpening a pencil at a different school.  Samuel worries about going off to high school and leaving his mother and brother on their own.  When he gets a job he wants to help his mother financially and pay for his brother’s schooling.
He likes Achungo because he is taught well and he can understand the teaching and does not have to struggle with his reading and writing.   He says the best thing about Achungo is “to get knowledge and skills” and also how well the school performs in sports.  His favorite subject at Achungo is Math.  With math “in this country we can later work at a bank and earn a lot of money.”   He wants to be an electrical engineer or work in a bank in a city like Nairobi or maybe become a doctor.  “If God gives me one of them.”

Samuel recently recovered from malaria.  “God has protected me from many things.”