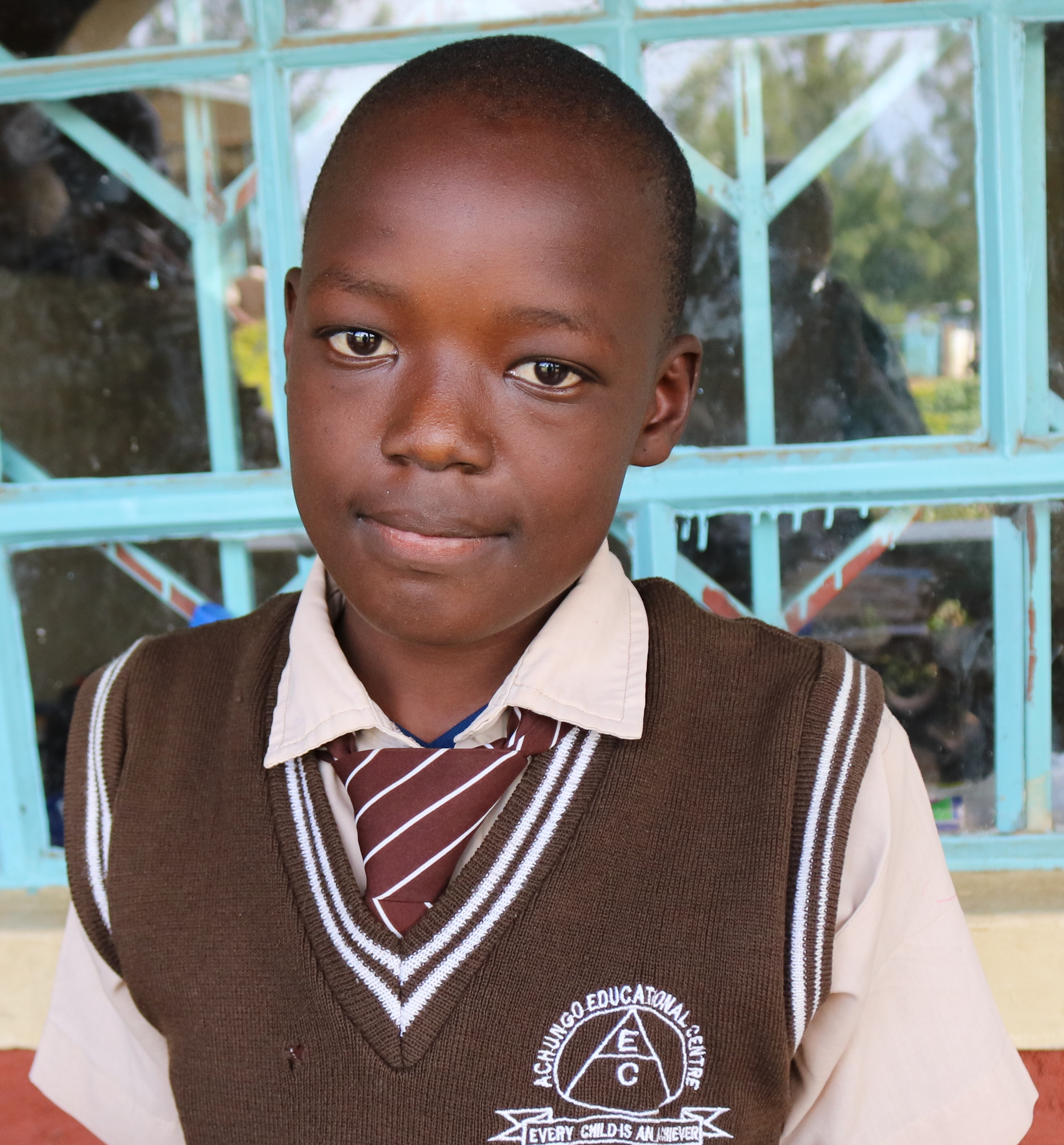 Shaaban came to Achungo 5 years ago joining 3rd grade.  Thought originally from Kisumu, he comes from Ongeng (about 5 km from here) where he lives with his father, younger brother and three younger sisters.   His father brought him to Achungo after hearing about it from a teacher.  His sisters are at Achungo and his brother goes to a school near their home.   They lost their mother to illness in 2008.

Before Achungo Shaaban attended Rodi Township Academy (when they were able to afford it).  He complains that the teachers there didn’t control the classroom.  The worst day of his life was in 1st grade when he was hit by a motorcycle as he crossed the road and had to go to the hospital.

His favorite subject is Math and teacher, Mr. Benson, and he likes computers the most and likes studying with his best friend, Dick.  He told us he likes Achungo because “it is a good school. Many people like it.  It has a lot of computers and it performs well.”  He says, “the best thing about coming to Achungo is being able to study and get a good job in the future.”

Outside of studies, he likes playing games, volleyball and football (soccer), and reading books.  At home he helps his father with their garden.  He wants to become a pilot or a brain surgeon in the future–“it is a good job and makes people a lot of money .”