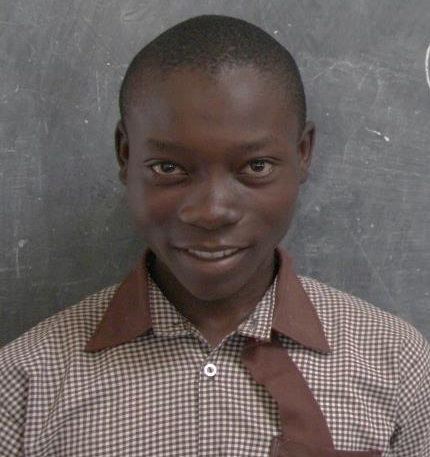 John, 16, lives with his step-father, Alfred and Alfred’s 7 children and John’s older sister, who is in high school.  John started Achungo this year, having previously attended Ndiru Primary nearby.  “The learning is better here.  Here there are preps in the evening and there is boarding.”  At the public primary there was less teaching and less study time.  (Teachers are absent about 50% of the time at the public schools)

He had completed 8th grade at Ndiru and passed the exam but was unable to go to Secondary School because he could not pay his School fees.  Instead of him staying home without a future, we invited him to come to Achungo. John is a bright student who was losing out on opportunities just because he’s an orphan without resources.  Now he’ll be able to take the exam again and we will support him in Secondary.

He likes soccer and running races.  His favorite subjects are math and science.  “I want to be a neuro-surgeon and operate on the brain.”