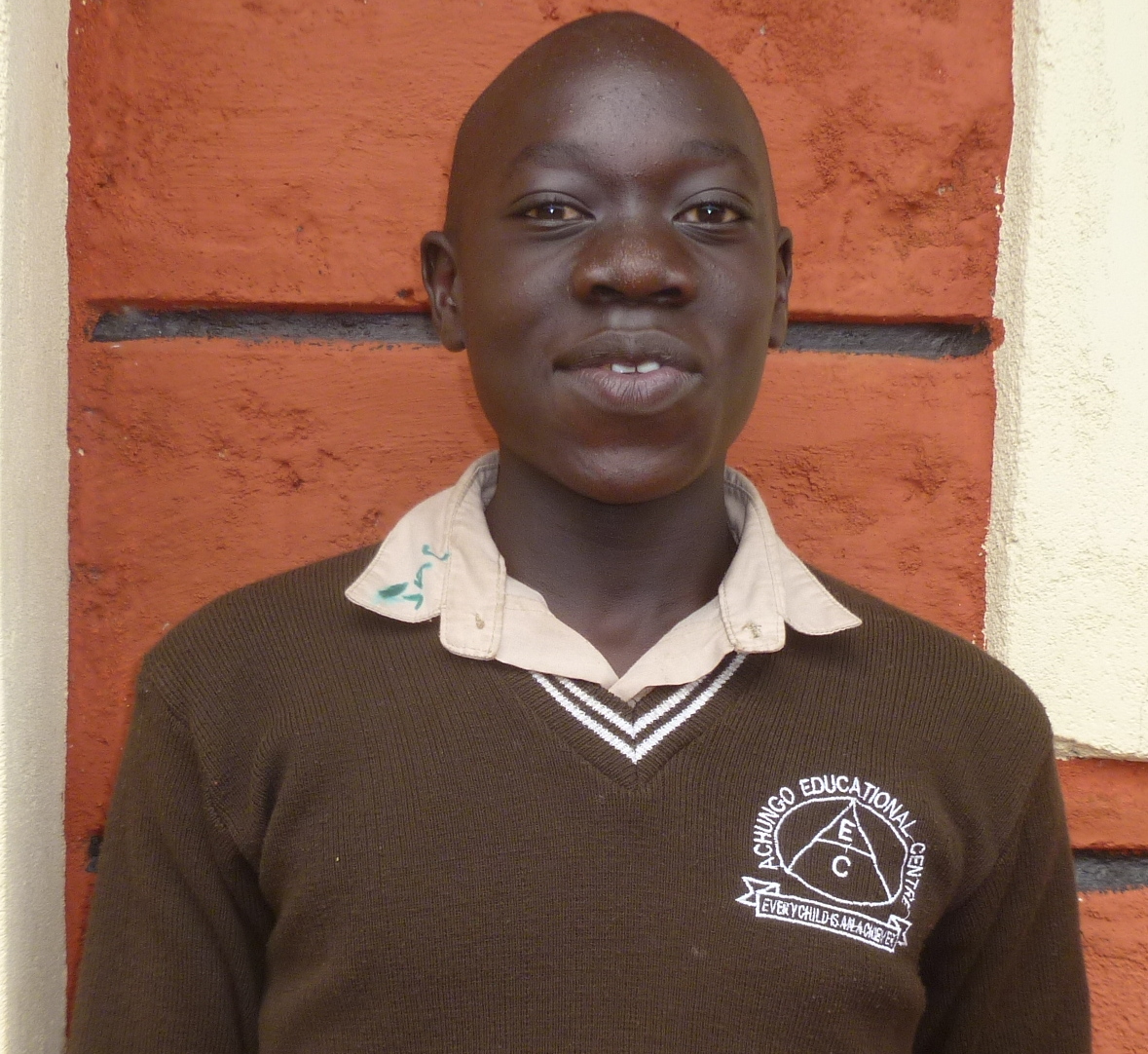 Jacob’s father learned about Achungo’s reputation for academic excellence and brought Jacob to Achungo’s school at Imbo in 2019 for the third term of 7th grade.  He had been attending  Godkado Primary in Homa Bay but the teaching was substandard and he ended up being sent home because he was unable to pay the school fees. Jacob told us he likes the teachers at Achungo, “they treat us wll and there is good performance and hospitality.”

His favorite subjects are Math, Science, and English and he enjoys playing football (soccer) and on weekends, going to church, playing sports and studying. On holidays he helps his father work on their family subsistence garden and goes to market. After chores he plays football with his friends.

Jacob wants to become a brain surgeon “in order to help those who are dying because of brain disease.“