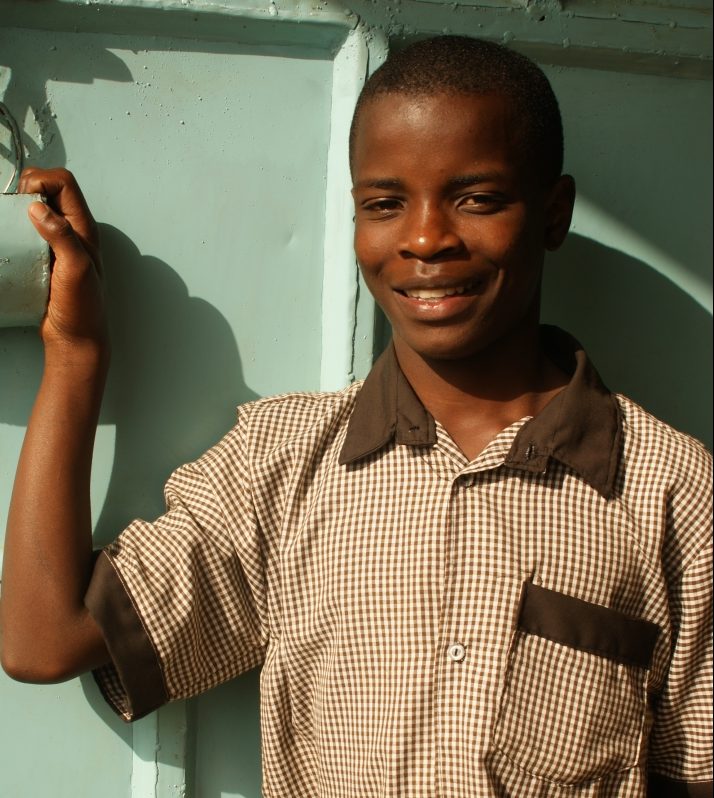 Geophrey is highly versatile – he enjoys cooking, cartooning, storytelling, science, engineering, socializing and football (soccer).   He learned to cook samosas and chapatti from his mother, who cooks and sells food roadside, near Achungo.

Geophrey lost his father when he was young.  When he came to Achungo last year, he had been living with his father’s sister in Nakuru, about 140 miles away.  His younger brothers also attend Achungo – Sammy is in 5th grade and Ian is in Kindergarten.

Geophrey earns good grades in all subjects but his favorite is science.  He plans to attend secondary school and then university, studying electrical engineering.  He eventually hopes to go to the U.S., where the weather is cool and where he will marry and have two boys and two girls.