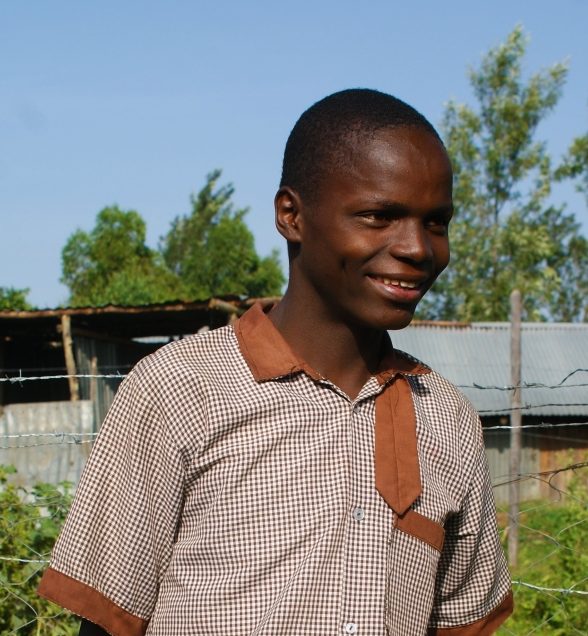 As opposed to most of the Achungo students, this sweet, lanky teen has both his parents living (in Oyugis, about 30 km from Achungo).   Achungo founder Michael Nyangi admitted Duke to class 7 in 2012 because he was living in poverty, and his parents couldn’t afford to pay public school fees. Like many Kenyan men, Duke’s father has two wives and there are 12 children between them.   Fifteen mouths is a lot to feed from a subsistence farm plot.
At Achungo, now that he can attend school regularly, Duke is at the top of his class, second only to his friend Clement. Duke explains that he succeeds because he’s  “always busy studying,” and, “Clement and I teach each other what the other doesn’t know.” Duke also helps others with their Swahili studies.  He is the school captain charged with choosing topics and writing propositions for all-school debates, as well as starting school games and managing equipment.

Duke plans to go to one of the top universities in Kenya “to study medicine to be a doctor…a surgeon.”   He also plans to “marry one wife and have four children–two boys and two girls.”