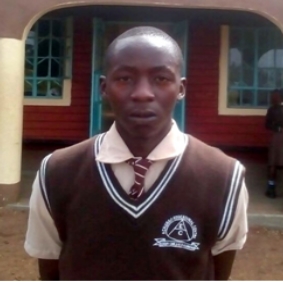 Census and his four younger siblings have lived with his elderly grandmother since the death of both his parents in a road accident.  In 2014 he was introduced to Achungo by the area chief and enrolled in the sixth grade.

Census is a bright young man who excels in all his subjects.  He enjoys playing football (soccer) and reading storybooks in his free time.   His ambition is to become a doctor.