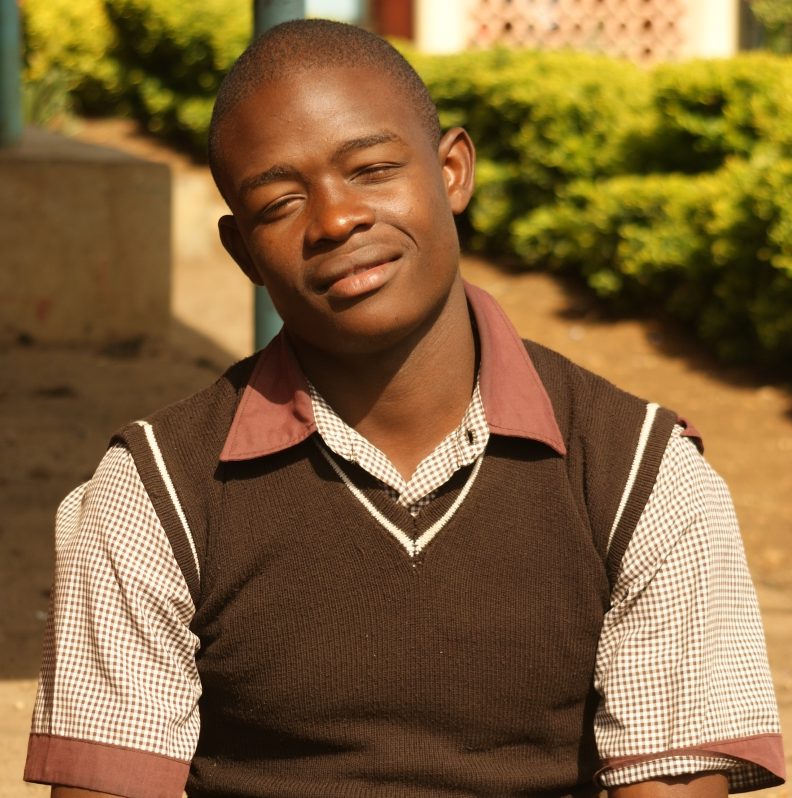 Benard is a natural and humble leader, an athlete, and a diligent student. He’s in his element whether he’s singing a solo or teaching the class in morning worship or in a homemade costume leading the boys in a tribal dance or competing in volleyball or helping other students with their homework as he works on his.

Benard’s home is 15 miles from Achungo in Randung.  He was orphaned at age 5 and moved in with his grandparents, subsistence farmers with little money for public school. At 12, he was skipping school part of each year to work the local harvests to earn enough (at $1 -$2 per day) to return. He says coming from a poor family “makes him achieve a lot” at Achungo.

Having Father Gabriel as a friend and role model when he was young inspired Benard to become a priest himself. “I want to be a pilot and fly around the world. But, I’ll make sure I’m home to preach on Sunday.” He’ll need both jobs, he explained, because priests don’t get paid. If the pilot idea doesn’t pan out, he has a back-up plan: engineer.